Sam “Spinach Master, Popeye” Carson: His veganism has allowed him to astral project into the soil to know what nutrients it needs. Soft spoken, but deadly with a shovel. This guy will pull cane grass in circles around you. Wicked on the flute, studied for 9 years in Uganda.

Jessie “Jesse James” Boswell: Fiercest outlaw from the south. Mean shot with that six shooter and can makes the meanest grits in the south. A blackbelt in Brazilian jujitsu is an expert in communicating telepathically with plants.

Morgan “Marky Mark” Maier: Deadly with a sword and wicked on the hedge trimmer. Learnt her swordsmanship from her Katana Master in Okinawa, her swordsmanship transferred well into her gardening abilities as she can propagate 200 plants in an hour.

Jane “Iron Fist” Smeins: the lead protagonist on discovery channel’s deadliest catch has also been known to have a fierce obsession with antiquing. She can do more pullups than

Grace “the Chosen” Wolpert: Hailing from the west by god Virginia and the meanest banjo player, Grace was sent to Hawaii to learn the ways of the Menhune people. A tactical sniper with over 90 confirmed kills, she’s also an expert in enhanced interrogation methods.

Laura “The Sheila who joined us from outback” Hunt: She’s immune to every venomous animal in Australia. She’s a snake charmer and the daughter of Steve Irwin.

Sean “ Frank, AKA Johnny Depp’s Stunt Double from all 6 pirates of the Caribbean, “I put that shit on everything” Fitzgerald: Comes from Buffalo, New York, where apparently they invented the buffalo wing??? (the sauce came before the wing) But, that’s irrelevant because he now lives in Boulder, Colorado. Had a former career as BeAr GRilLz, and now knows everything and anything about which plants you can eat and heal your body.

Aftyn “the monopoly queen” Campbell: Says she hails from Saskatchewan “Canada” (Not confirmed to be a real place) enjoys playing puck while chugging maple syrup. Her cheerful spirit in the botany department has abled her to accelerate plant growth 300%.

Now let’s get down to business. (in the tone from Mulan)

The first two weeks of the internship was packed full of knowledge and exploration of the big island. We started preparing the land for our food forest and medicinal plant garden: weeding, rototilling, mulching, creating rows, and starting seeds in the green house. We learnt the principals of permaculture design and started working on a design for our area. Our class spent time learning many techniques to help us build our food forest including: propagation, soil building, inoculation, composting (and compost tea). Some of the main plants we did research on include: cassava, tomato, pomegranate, pineapple, and purple potato. 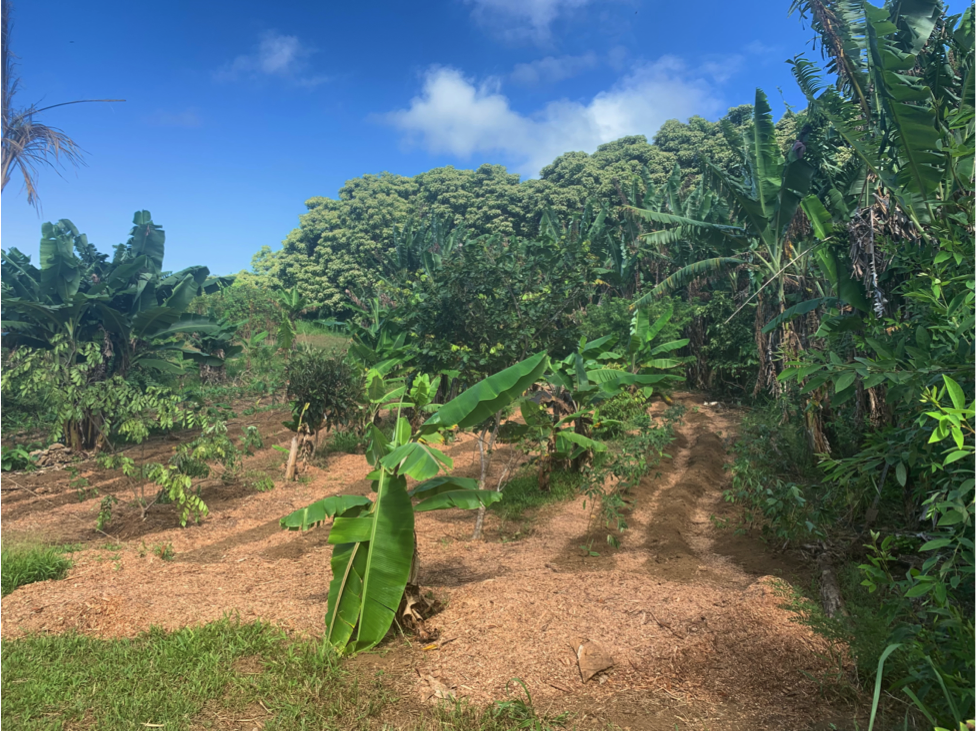 Along with the food forest preparations we were able to experience many workshops.

Uncle Ikaika, who led a workshop on medicinal plants found on the Big Island. Coco Chris, a local legend, rolled up with a truck full of coconuts to share. We learned how to age a coconut, open them with our bare hands, and even got a couple to make some bowls. Rasapriya led a class where we learned about the ancient Ayurvedic holistic healing systems. Keoni led a traditional kava ceremony, where we were able to taste the cava root (a holistic plant). 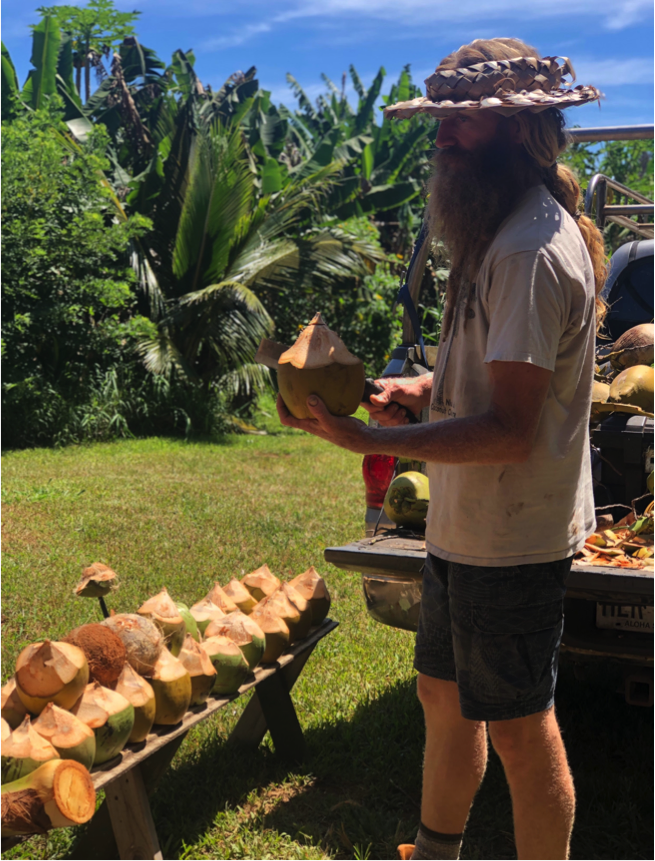 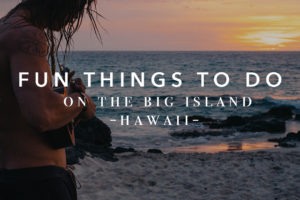 Fun Things To Do on the Big Island

Fun Things to do on the Big Island The Big[...] 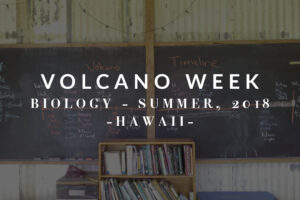 As the biology section of Big Island Farms,[...] 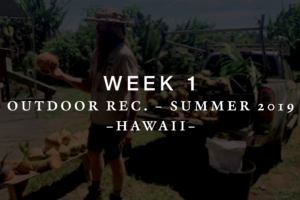 In our Outdoor Recreation group, we visited Waipi’o Valley to[...]

Your email is safe with us.