Today began the start of Volcano week for the interns here at Big Island Farms. Throughout the next five
days, they learned about the biological, physical, and agricultural effects that result from the eruption of Kilauea.

Leis were made by the outdoor rec crew today for offerings at Mauna kea. The second half of the day was
spent learning all about Ayurveda living. Our guest lecturer, explained the insides and outs of this once prominent ancient healing method. 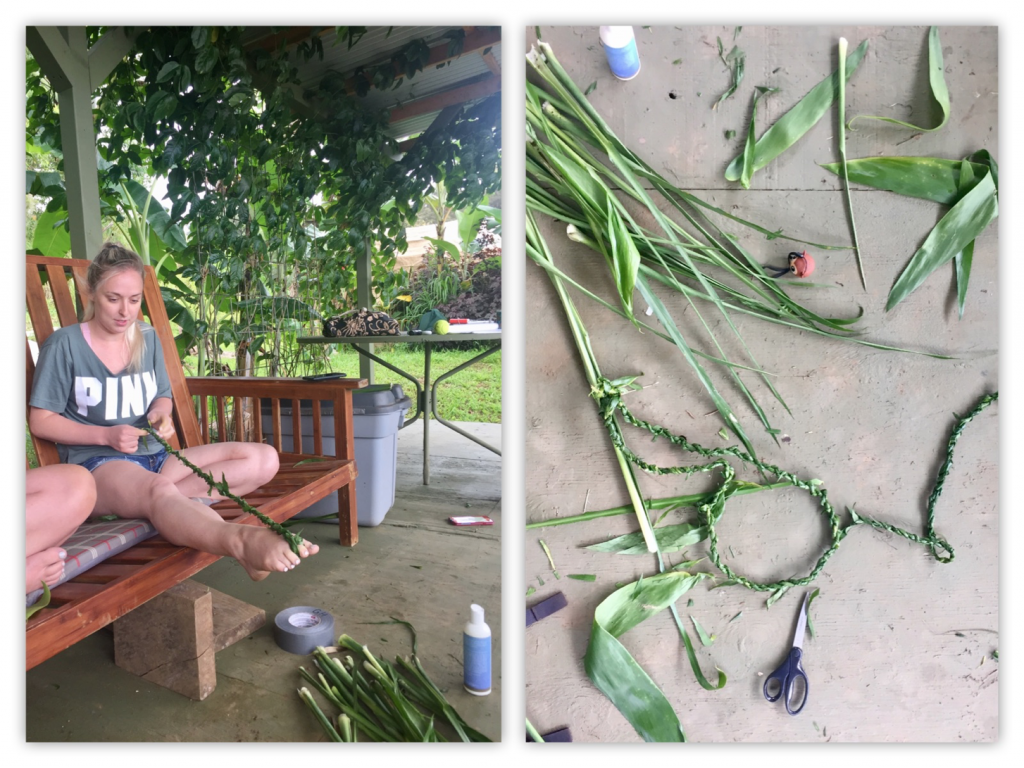 Our Wednesday was spent learning some more about Mauna Kea. Later on in the evening we took the
interns to the mountain, where they saw the beautiful sunset, and watched the stars shine bright throughout the night. 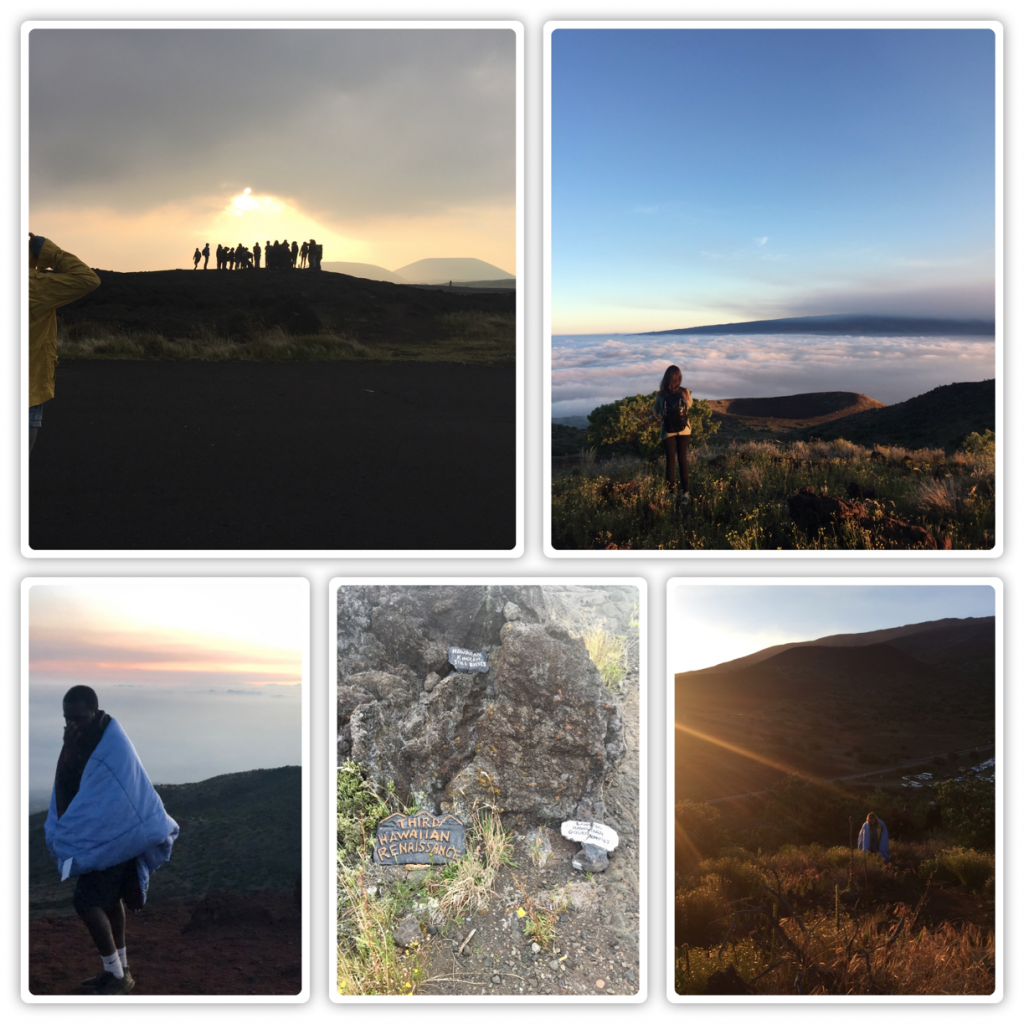 Today was a big day for the interns. They started off by heading down south to Hilo’s farmers market.
Afterwards they got a taste of spelunking as they explored the caves. From there we went to coconut
beach for lunch and a nice swim. Our entire day was building up to our last stop, Kilauea. Unfortunately,
the Volcano National Park was closed due to the volcano. However, that didn’t stop us from visiting the
NPS station where we got a very informative talk from the forestry Ranger Dean. We ended our day by
watching the sun set in Pahoa, and saw the bright glow from the lava off in the distance. 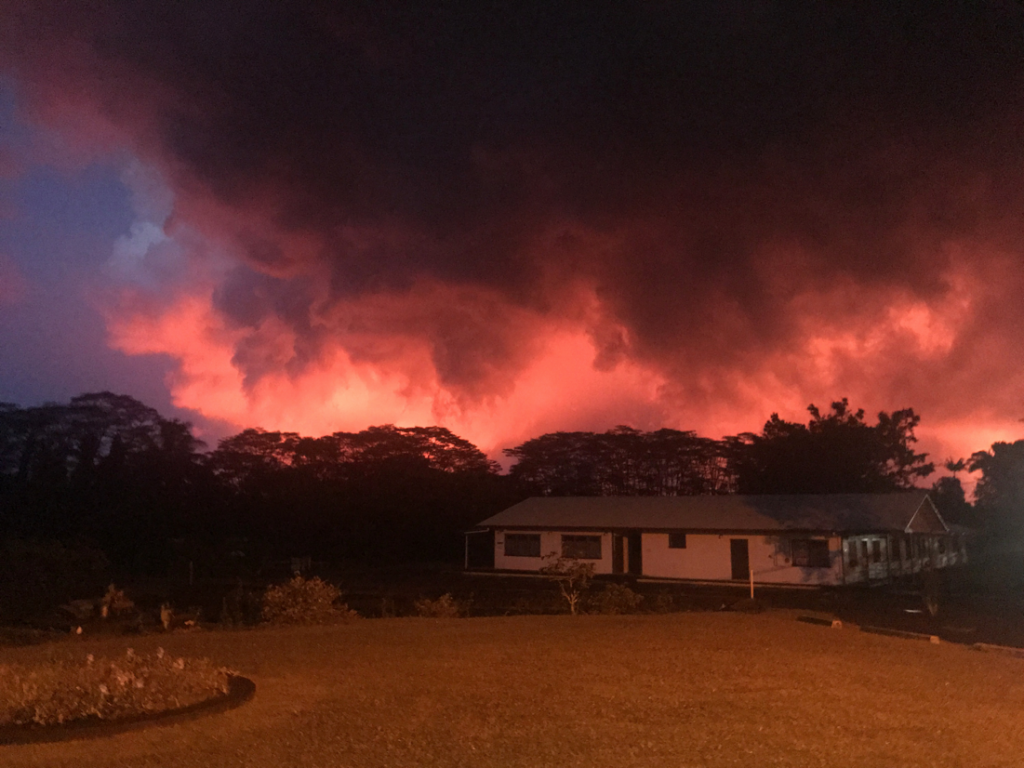 Today the interns had a nice rest from yesterday’s long excursions. Each program spent time with
directors reflecting on the week and continuing to learn. Later on in the day, Anu gave a presentation on travel agencies for a group of interns. 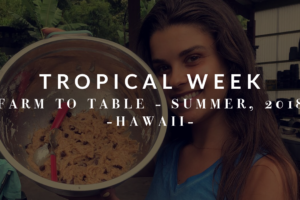 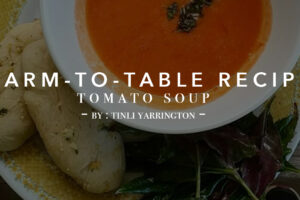 Farm to Table and Now to You: A Tasty How to 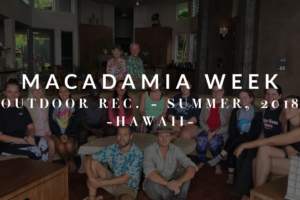 Monday First day back from vacation week, as a group[...]